I am María J, I am ICF coach, and I am on a mission to accompany expat partners in any physical or personal transition.

I am Spanish by birth, Belgian by love, and also a little of each country in which I’ve lived because they’ve all contributed so much to my identity. For two decades I’ve lived in the expat world, as a trailing spouse, enjoying this unique life, and accepting it as it is – with its thorns and its flowers. I have lived in a permanent state of transition, which has allowed me to grow in every sense.

In any transition, it is crucial to practice self-awareness and determination to seize opportunities and live the life we want.

Being a trailing spouse is not easy. Transitions wear you down. I also, like maybe you now, felt stuck, lost track, faced self-doubt. While in a personal transition, coaching turned out to be one of the most significant transformative experience. I would like to facilitate that you get to feel it too! 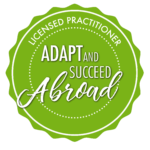 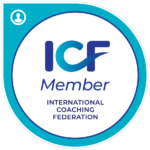